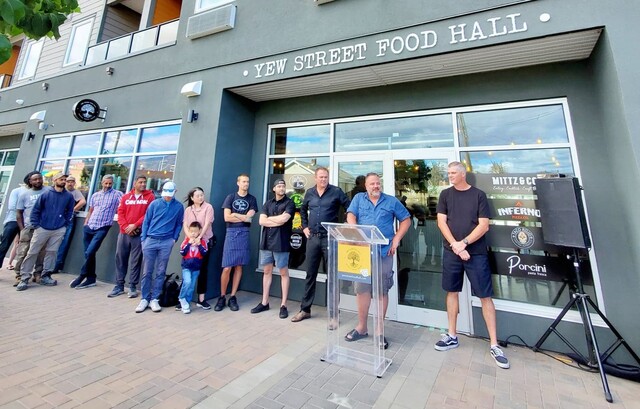 Group members and officers gathered Thursday at 107 Yew St for the ribbon chopping for the brand new corridor.

“We knew today would ultimately come, and though it’s later than our unique plans resulting from a number of delays, to lastly be open may be very thrilling,” stated meals corridor co-owner Jeff Mitton.

As of Thursday, seven of the ten distributors are arrange within the corridor, and able to serve the general public, together with Duck Duck Pork, Mittz & Co., Brews on Yew, Drinks on Yew, Harvest Moon Bakery, Veggie Bomb, and Inferno Pizza Co.